The Revnet network consists of seventy 22 kW AC charging stations, located mainly in urban locations. This acquisition will increase GreenWay s share of the public AC market in Poland to ~20%.  In selected locations, GreenWay plans to convert the stations to DC fast charging stations and increase their power.

All Revnet stations will be included in the GreenWay public network and made available in the GreenWay mobile application. They will also be covered by the technical services, customer service, and roaming solutions of the largest fast charging network operator in Poland - GreenWay.

“This transaction is a win for both existing Revnet and GreenWay customers.  Revnet customers will gain access to the largest charging network in Poland, along with our top quality customer service and industry leading charging services,” said Rafał Czyżewski, President of GreenWay Polska. “Additionally by including 70 new stations in our network, we are increasing access to charging services for our existing customers. We believe that drivers will be happy to use the new locations, especially after their upgrade.”

In February this year, GreenWay raised €85 million to invest in expansion and growth.  The purpose of the investment is to support GreenWay in building a leading position in the Central and Eastern European region.

“GreenWay continues to make significant investments into the expansion of the public charging network, through our own installations and also acquisitions. We promised our clients that we would be constantly improving our services and the availability of charging, and we're doing just that. Another important goal for us is to be a strategic business partner for companies that intend to develop electromobility for their own fleet or as a service to their customers," said Peter Badik, CEO, GreenWay Infrastructure.

“I am very glad that we are putting the fruit of our several years of work into good hands,”  said Adam Hłond, co-owner and member of the management board of Rawicom SA. “I would like to emphasize that our company remains on the electromobility market, focusing on providing customers with high-class devices and infrastructure for charging electric vehicles as well as providing installation and maintenance services. In addition, we are constantly improving our primary business, in which we have specialized for many years, which is the construction of large-scale photovoltaic farms.” 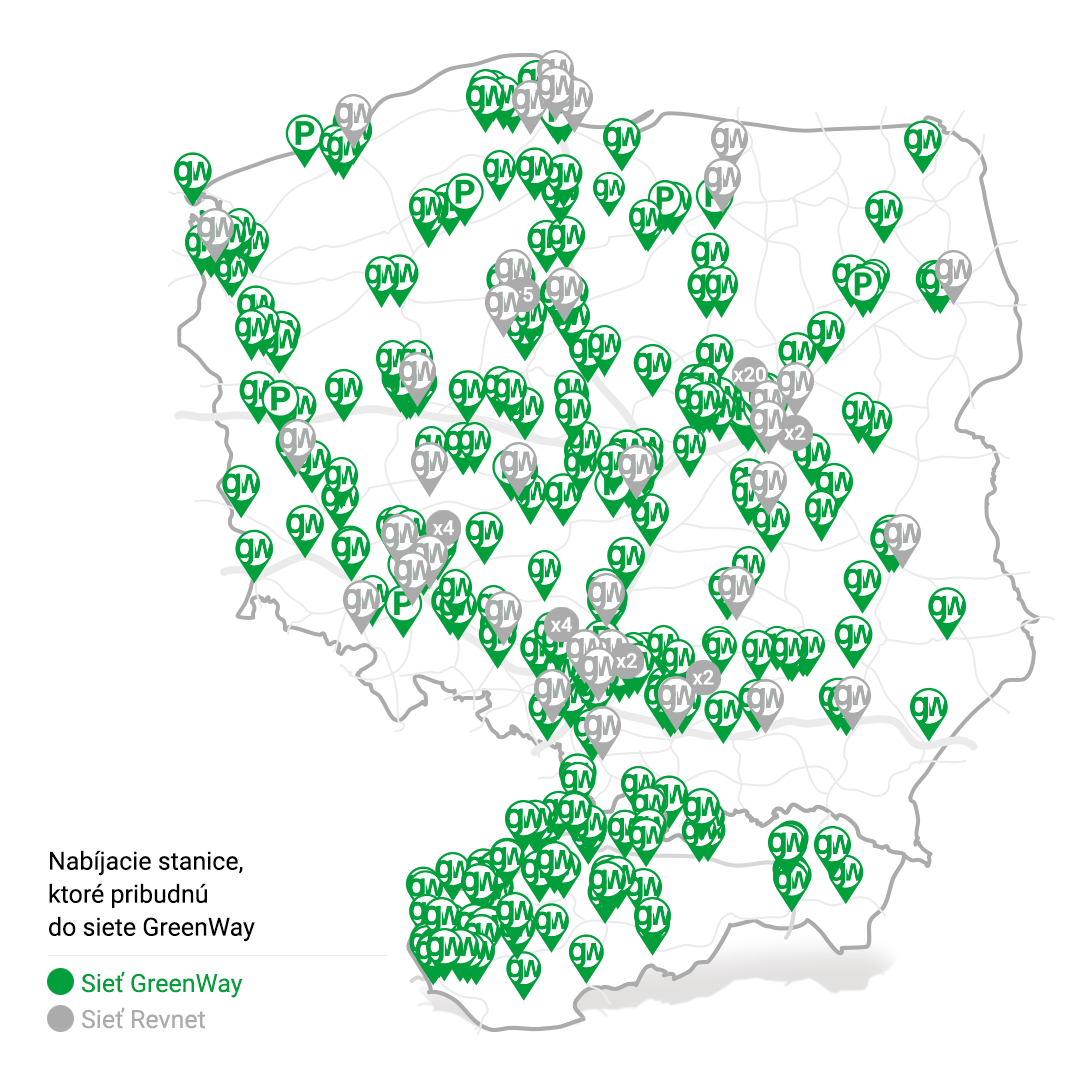 About GreenWay:
GreenWay (consisting of GreenWay Infrastructure and GreenWay Polska) is a full service electric vehicle charging solutions provider (CPO and EMP), and a market leader in Central and Eastern Europe. Founded in 2011, its mission is to popularize electric vehicles so that Central and Eastern Europe becomes cleaner, healthier and less dependent on oil.
As a charge point operator, GreenWay operates a network of 524 of its own public charging stations, most of which are DC fast charging stations over 50 kW. At numerous locations it also operates auxiliary energy storage and energy management systems.

As an e-mobility service provider, GreenWay directly supports ~28,000 EV driving clients, including access to our own network and thousands of chargers throughout Europe via roaming partnerships.

GreenWay also offers comprehensive services to third parties which want to host charging stations or convert their fleets to electric, including installation, configuration, maintenance and management of charging points.

GreenWay is an active member of ChargeUp Europe, the Platform for Electromobility, the Polish Alternative Fuels Association, the Slovak Electric Vehicle Association and the Central & Eastern European Green Transport Initiative.

Enter the world of GreenWay with us!

We would love to send you discount coupons, special offers and the latest info from GreenWay by email, SMS, phone or other electronic means. GreenWay will alway treat your personal information with the utmost care and never sell any of it to other companies for marketing purposes.

You can adjust the settings by clicking on individual items. More information about the GDPR: Personal data protection policy.